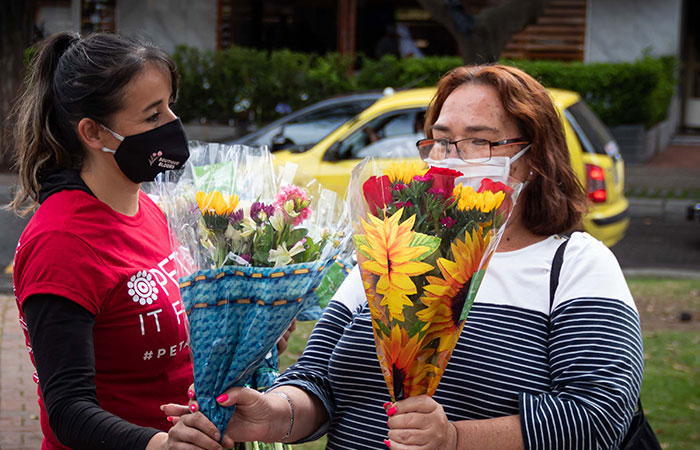 On October 22, the association handed thousands of passers-by two bouquets—one to keep, and one to give as a gift, sparking the emotions that giving and receiving flowers brings.

Bogotá. October 27, 2020. As Asocolflores President Augusto Solano puts it, “Many studies demonstrate that the “Duchene” or genuine smile always appears in those who receive flowers. Colombia exports 1,400 species to different countries. Now, we want to share them with our countrymen and women—so Colombians experience them and give them as gifts, setting off a chain reaction of positive emotions that could do our country so much good.”

“1,400 reasons to smile” is part of the Petal It Forward initiative that Asocolflores is carrying out together with the Society of American Florists (SAF, in Spanish). This initiative has been giving away flowers in select streets in Canada, Colombia, the United States, and Puerto Rico throughout the month of October. It brings people closer to flowers, giving them a chance to experience how flowers can sharpen their senses and provide emotional benefits, particularly when shared with loved ones.

Last Thursday morning, Petal It Forward gave away 1,000 bouquets in the vicinity of Bogotá’s Park Way, one of the city’s most important cultural centers. It also gave as gifts 1,500 bouquets in Antioquia’s Rionegro Park, giving passers-by a chance to experience this product and see firsthand why Colombia is the world’s second-largest flower exporter.

A study conducted by Rutgers University in New Jersey concluded that flowers have an immediate and positive impact on happiness. This impact is universal and spans all age groups.

Another study on “The impact of flowers on stress,” carried out at North Florida University, supports studies carried out previously at universities like Harvard and University of Texas by concluding that adding flowers to a home’s interior prompts emotions, stimulates creativity, and even gives people energy.

Different studies on the effect of flowers have concluded that

Similarly, these studies agree that those who receive flowers consistently experience a genuine—or “Duchene”—smile. The “Duchene” smile is linked to chemical changes in the brain and indicates a genuine, spontaneous emotion in which people involuntarily contract the orbicular muscle, raise the cheeks, and produce wrinkles at the sides of the eyes.

Asocolflores’s president noted that the Colombian floriculture sector is a leader in sustainability, confronting the concerns and challenges that countries all over the world face in terms of caring for the planet while achieving economic and social development.

“We must not forget that health and wellbeing play an extremely important role in the Sustainable Development Agenda. Today more than ever, private sector companies need to create the kinds of experiences that prompt positive reactions and behavior among citizens. ‘1,400 reasons to smile’ seeks to give flowers as a way to give wellbeing, peace, and hope to our fellow Colombians.”

With the help of thousands of members of the floriculture industry both in Colombia and worldwide, Petal It Forward began in the United States five years ago. “1,400 reasons to smile” was its first activity in Colombia as well as a powerful way to demonstrate the emotional benefits of giving and receiving flowers. 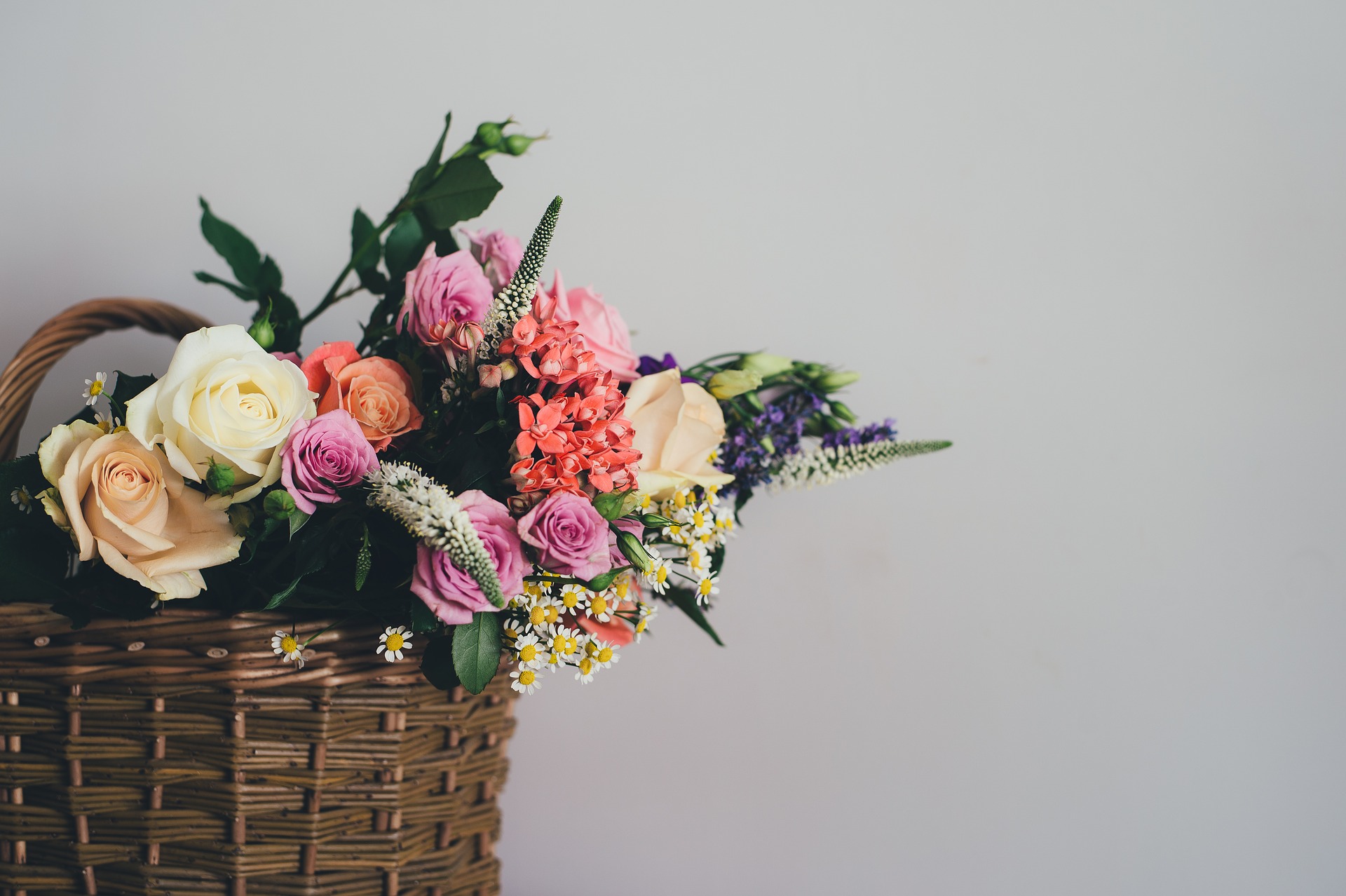 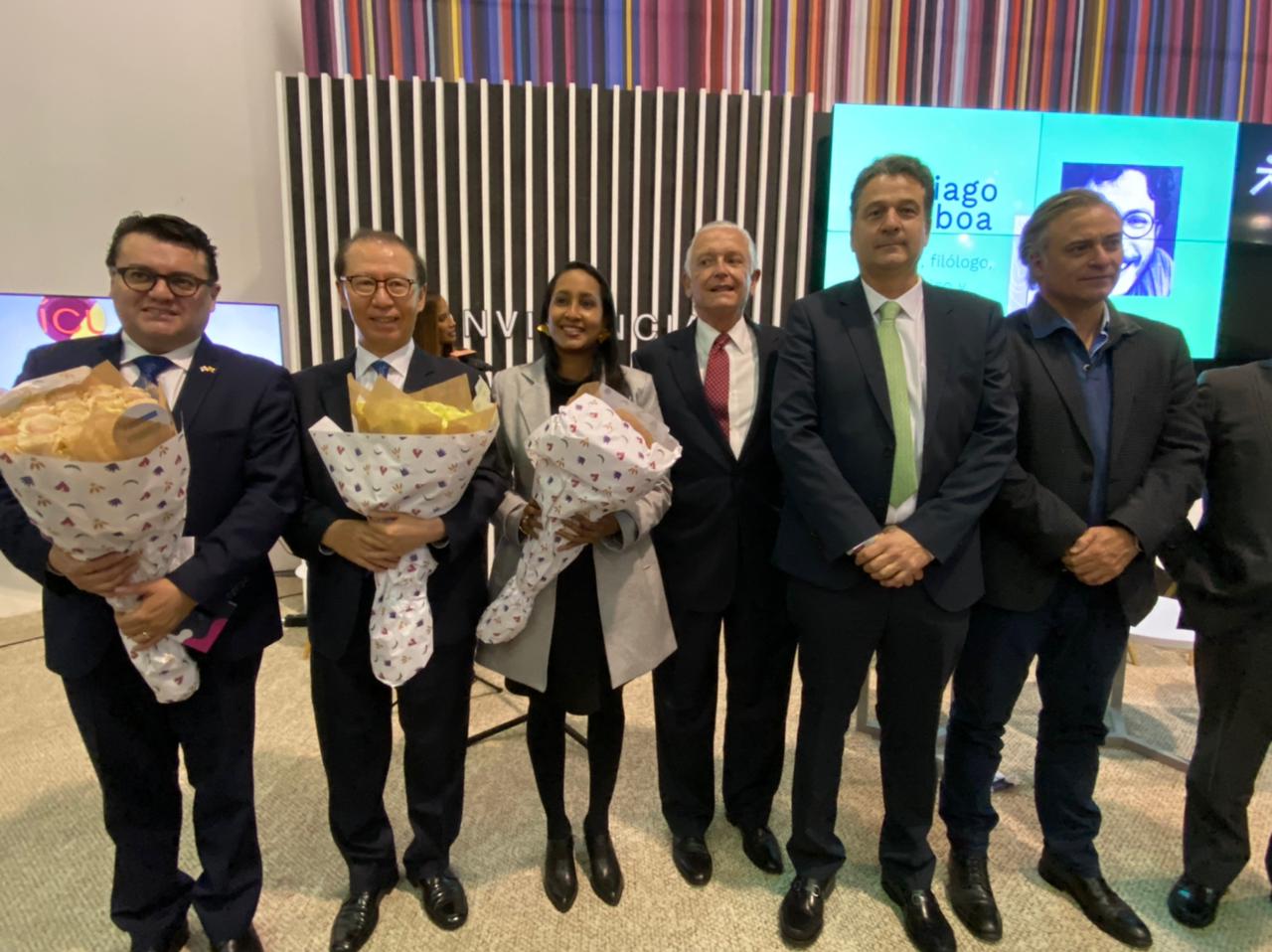 IN JUNE, FLOWERS OF COLOMBIA TO INSPIRE THE BOOK FAIR IN 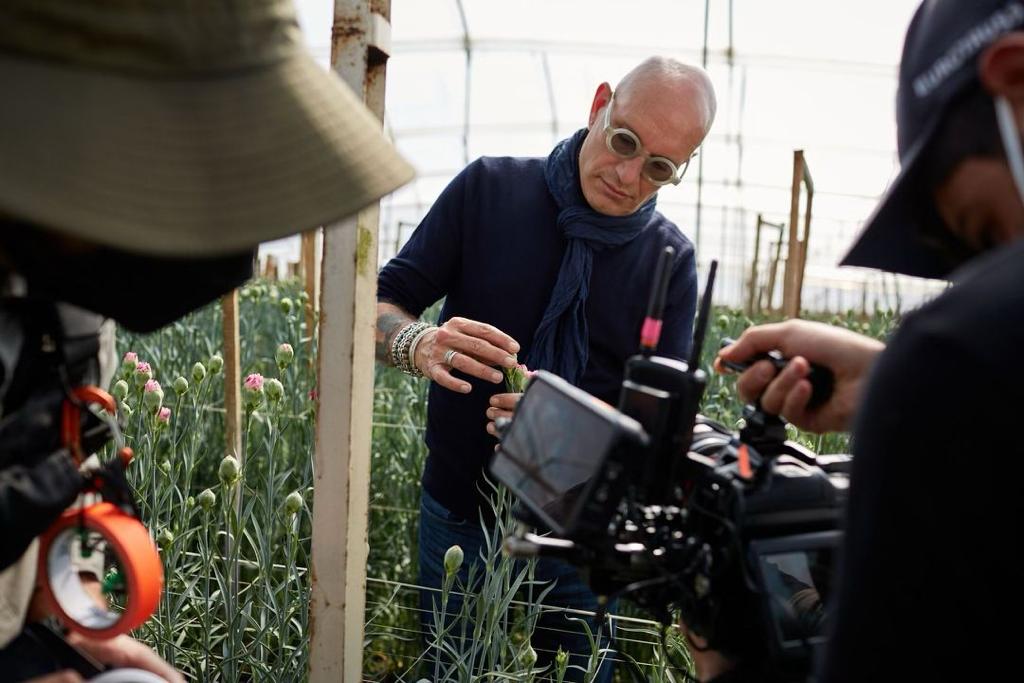 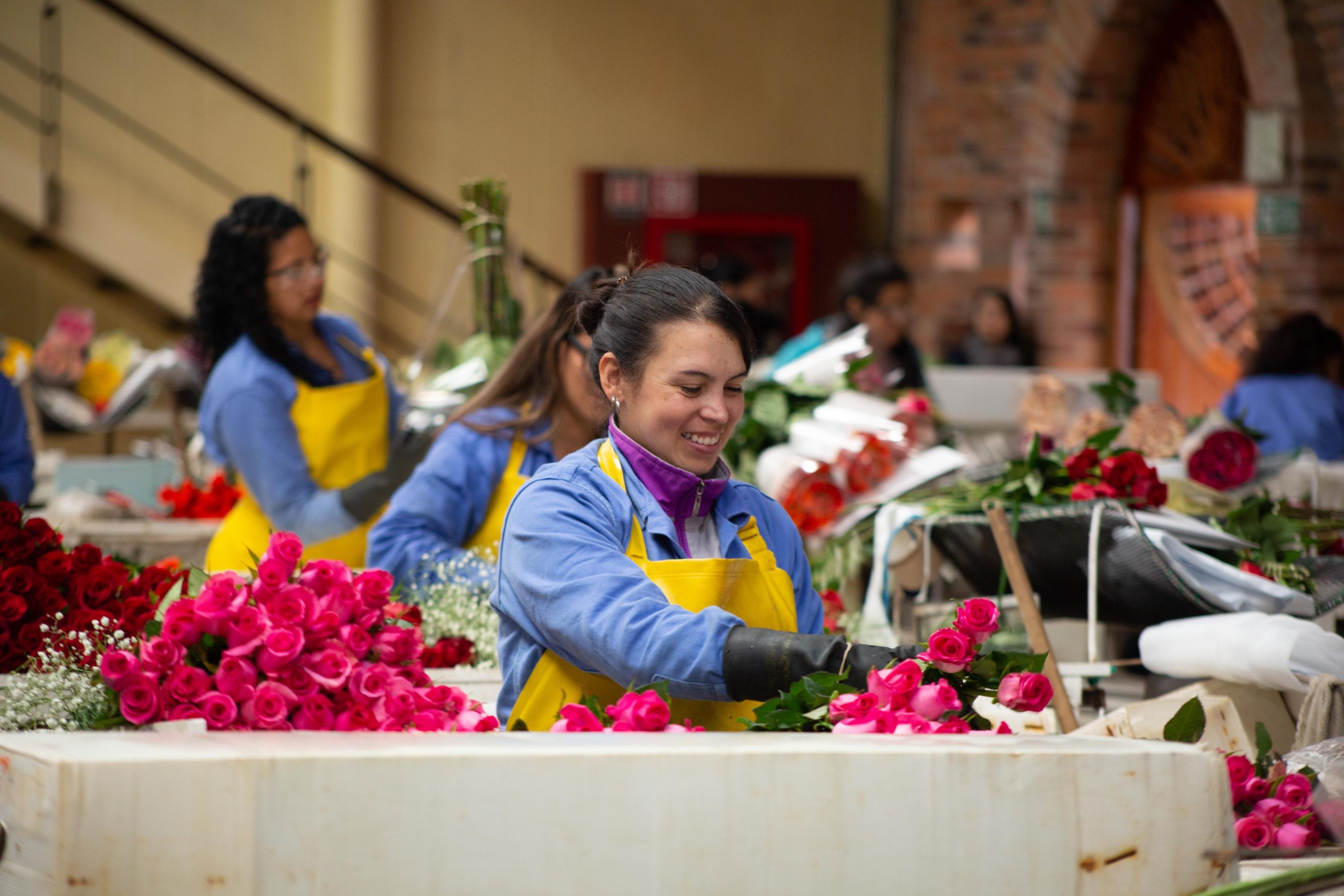 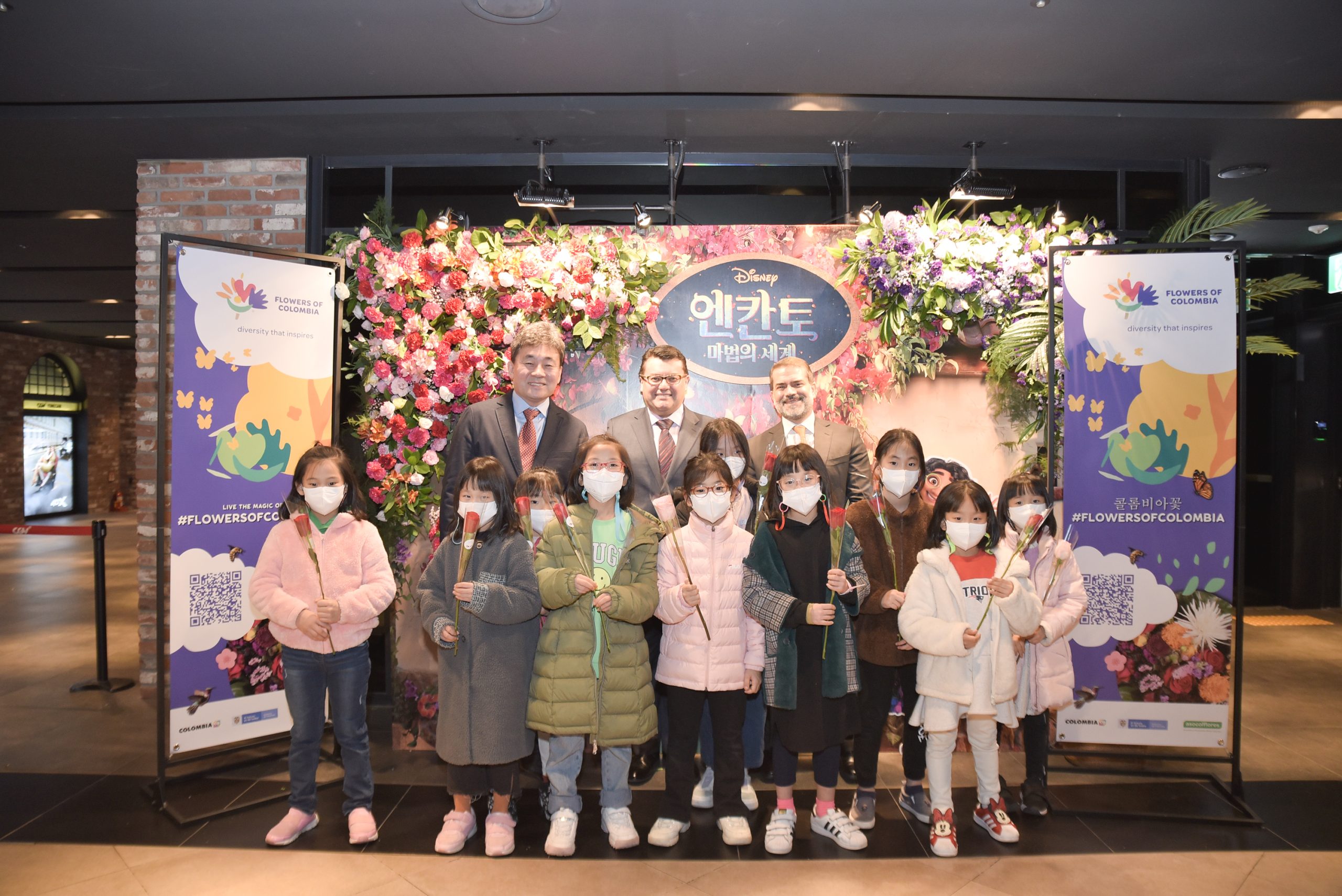 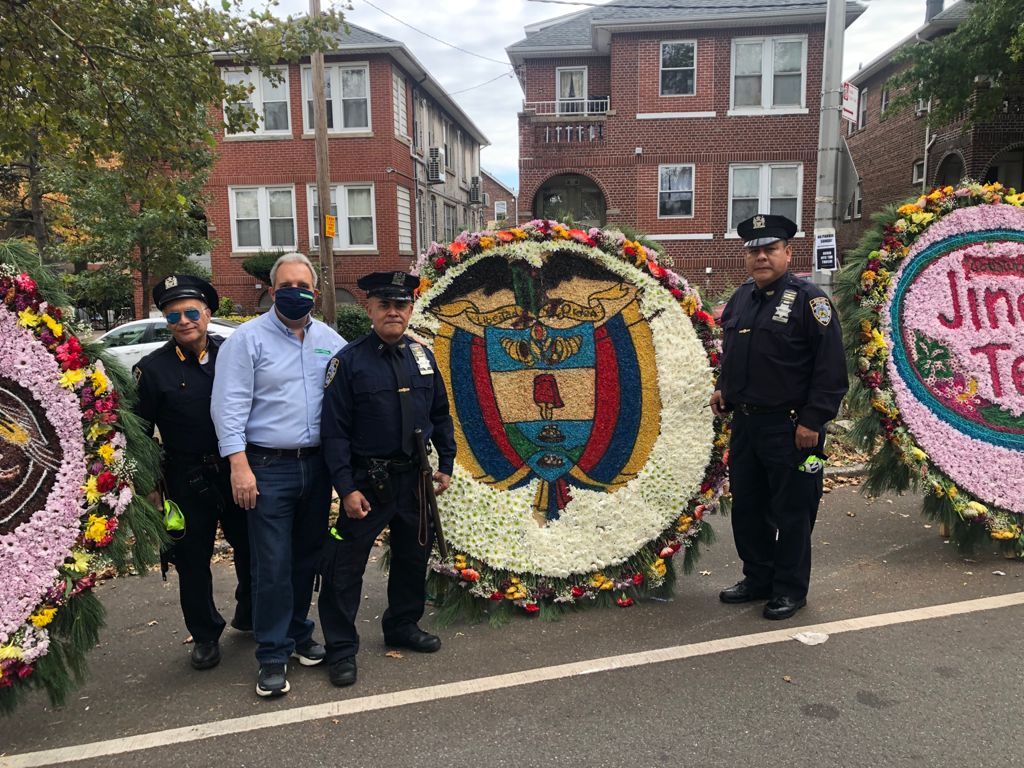